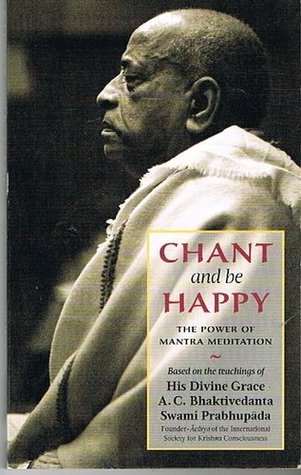 Chant And Be Happy is an introduction to the history, practice, and benefits of mantra meditation, and specifically the significance of chanting the Hare Krishna mantra. Also known as the maha-mantra, “great chant for deliverance,” Hare Krishna is recommended in many sacred texts as the most effective form of meditation for the present age. Since the 1960s and ’70s, this mantra has gained world popularity, partially due to its inclusion in the #1 song “My Sweet Lord” by George Harrison.

The book contains a conversation between the Hare Krishna movement’s founder Srila Prabhupada, John Lennon, George Harrison, and Yoko Ono on what makes a mantra genuine and effective. It also discusses the scriptural origin of the mantra, as well as step-by-step instructions for chanting.

Veda explores the secrets of spirituality found in the ancient writings of the East. Covering topics like the existence of the soul, Darwinism – fact or fiction, karma, reincarnation and meditation, this book will help awaken within you the spiritual insights great teachers have spoken of for thousands of years. 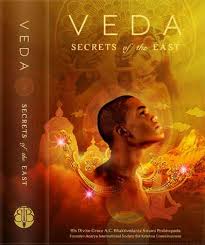 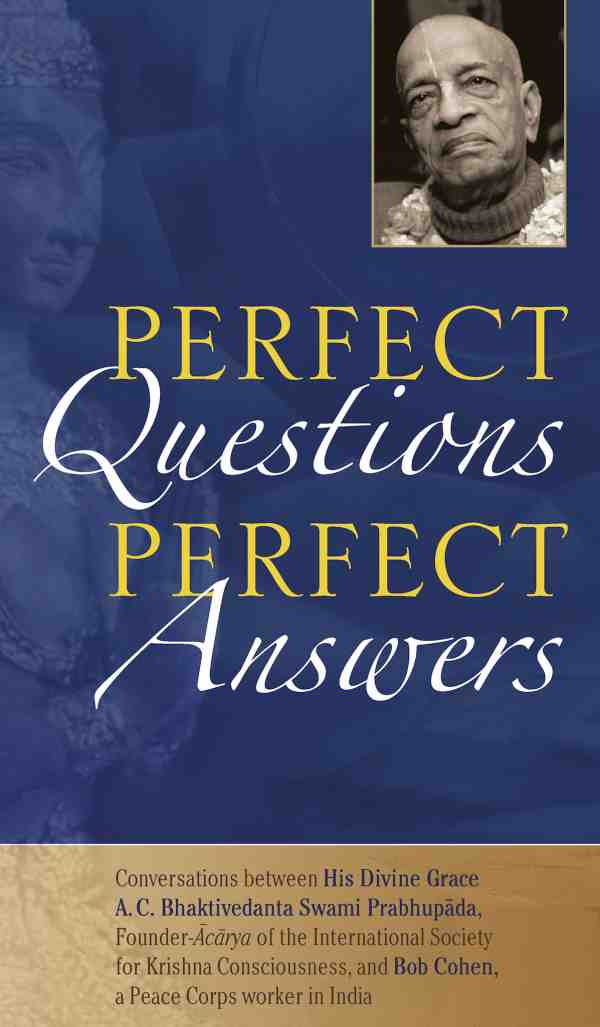 Bob Cohen, a young American Peace Corps worker living in India, decides to visit some of his countrymenmembers of the International Society for Krishna Consciousnesswho are establishing an international spiritual community near the birthplace of Chaitanya Mahaprabhu.

To his surprise, he is invited to meet the founder and spiritual leader of the Hare Krishna movement, His Divine Grace A.C. Bhaktivedanta Swami Prabhupada.

For several days, in a small, brick and thatch hut near the banks of the holy Ganges, Bob asks Srila Prabhupada every question on spirituality he can think of. A tape recorder is running the whole time, and later their conversation is transcribed.

Once suggested to be entitled, “A Funny Thing Happened To Me On The Way To The Ganges,” Perfect Questions, Perfect Answers has been reproduced in forty languages and remains one of the most popular introductions to Krishna consciousness across many languages and cultures.

Topics discussed include karma, reincarnation, life after death and our relationship with God.

Although there are many types of yoga practice, the Vedic literature explains that no matter which practice you choose, success is only achieved when Bhakti (devotion to God) is
present.

What is bhakti-yoga, and how can you add it to your life or yoga practice?

As bhakti is a pivotal element in any yogic or religious practice, it is known as the topmost yoga. In the Bhagavadgita, Krishna explains bhakti-yoga to his dear friend Arjuna, and here Srila Prabhupada expands these concepts in this introductory text. 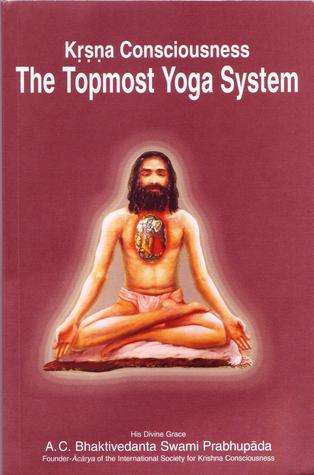 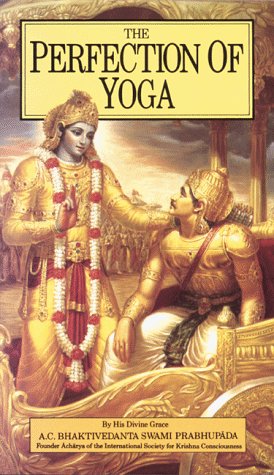 As yoga grows in popularity, there is also a growing need for clear and authoritative information about the actual objective of yoga. Krishna, who spoke the ancient yoga guidebook Bhagavad-gita five thousand years ago in India, explains that the whole point of yoga is to promote physical and mental peace, so that one can meditate on the Supreme Person dwelling within.

The Perfection of Yoga has become one of the most popular introductory books on the science of developing spiritual consciousness. This compact yet profound book addresses many common misconceptions about the purpose of yoga practice. It was spoken in September, 1966 in New York City as a series of lectures by Srila Prabhupada, the founder of the Krishna consciousness movement.

Raja-Vidya: The King of Knowledge is an edited compilation of transcribed lectures given by Srila Prabhupada on the ninth chapter of the Bhagavad-gita. In that section of the Gita, Krishna tells Arjuna that He’s entrusting him with the Gita’s sublime knowledge because Arjuna is free from envy. Srila Prabhupada points out that the Bhagavad-gita can be understood by anyone who doesn’t resent Krishna’s identity as the Supreme Person.

In other words, by seeing Krishna as the center of everything, we can understand the highest knowledge; that we’re spirit and not matter, that the Absolute Truth is the source of all existence, and that love of God, bhakti-yoga, is the ultimate goal of life. If we think we’re the all in all, we’ll be envious of Krishna, and won’t be able to hear His teachings.

The King of Knowledge suggests a number of practical ways to enhance our knowledge and understanding of ourselves and of the Supreme Person, thus freeing us from the typical existential miseries and anxieties that go along with life in this world of constant struggle and upheaval. 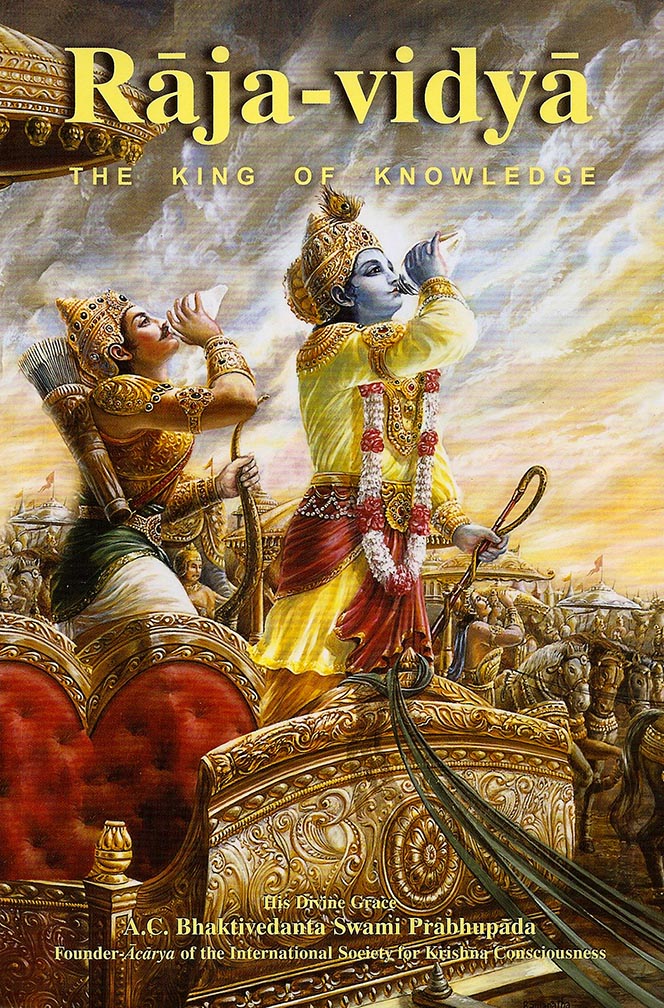 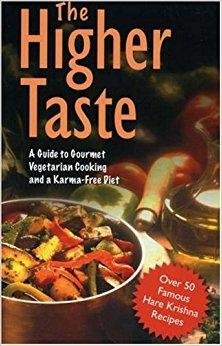 This collection of articles looks at the mind, the body, the soul and their interactions and also discusses the practice of bhakti-yoga (devotion to God).

These interviews, lectures, and essays cover topics such as the goal of human life, seeking a true spiritual teacher, reincarnation, super-consciousness, comparison of Krishna and Jesus Christ, and spiritual solutions to today’s social and economic problems.

This collection of articles looks at the mind, the body, the soul and their interactions and also discusses the practice of bhakti-yoga (devotion to God).

These interviews, lectures, and essays cover topics such as the goal of human life, seeking a true spiritual teacher, reincarnation, super-consciousness, comparison of Krishna and Jesus Christ, and spiritual solutions to today’s social and economic problems. 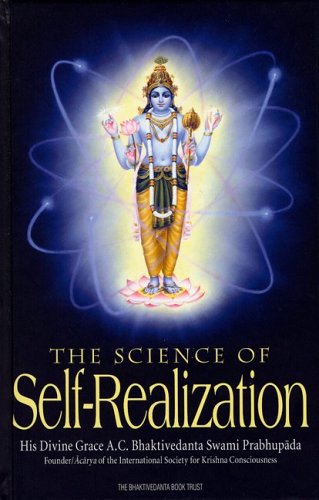 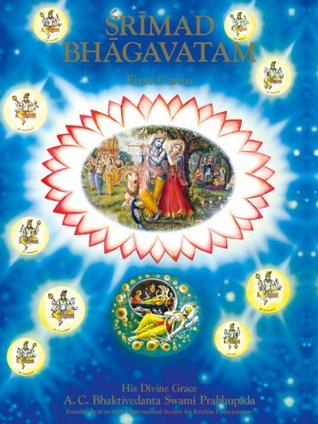 The timeless wisdom of India is expressed in the Vedas, the ancient Sanskrit texts. Originally preserved through oral tradition, the Vedas were first put into writing by Srila Vyasadeva, 5000 years ago. After compiling the Vedas, Srila Vyasadeva was inspired to present their profound essence in the form of Srimad-Bhagavatam.

Srimad-Bhagavatam covers ancient philosophy such as the science behind the body, the mind and the soul. Known as “the ripened fruit of the tree of Vedic literature” Srimad-Bhagavatam is the most complete and authoritative exposition of Vedic knowledge, covering everything from the nature of the self to the creation of the universe.

* The incarnations of Lord Vishnu and the stories around these divine appearances.

The 108 Upanishads are considered the essence of all the Vedas and Sri Isopanisad is foremost amongst them. Discover the distilled essence of all knowledge in these eighteen enlightening verses.

For thousands ofyears, people on a spiritual quest have consulted the mystical, intensely philosophical Upanishads. As the name implies (upa-near; ni-down; shad-to sit), one is advised to sit near a spiritual teacher to learn. To learn what? This Upanishad’s name gives the clue: Isha means “the supreme controller” i.e. God. 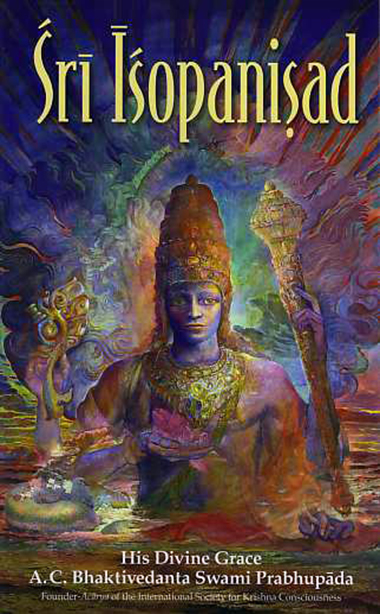 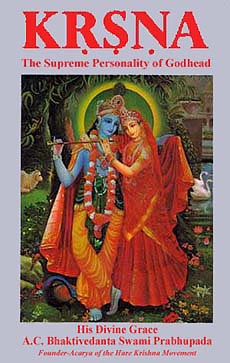 Fifty centuries ago, the great sage Vyasadeva recorded the stories of Krishna, from ancient India, into a book called the Bhagavata Purana. This ‘Krishna’ book is a translation of the ancient Bhagavat Purana into English by A.C.Bhaktivedanta Swami Prabhupada, the foremost teacher of Vedic culture and philosophy in our modern age. An enchanting glimpse into the world of God.

Read about the wondrous and amazing pastimes of Krsna as He grows up amongst the love of the inhabitants of Vrindavan. Whether it be the killing of various demons sent by King Kamsa or the sweet exchanges of love with the young gopis (girls) of Vraj they all reveal the personal nature of God.

Your Ever Well Wisher tells the story of a remarkable individual and a remarkable achievement. The individual is A.C.Bhaktivedanta Swami Prabhupada: philosopher, scholar, religious leader and saint. The achievement is the revolutionary transplanting of a timeless spiritual culture from ancient India to the western world of the twentiethcentury. Read this remarkable man’s journey of faith.

Your Ever Well Wisher is the biography of the Hare Krishna movement founder A.C Bhaktivedanta Swami (1896 -1977). It tells the story of a man determined to spread the message of God against all odds.

After a lifetime of preparation, to fulfil the orders of his Guru (Spiritual Master), in 1965 Prabhupada, at the age of 69, journeyed alone to America on a cargo ship, carrying with him only the Indian equivalent of five pounds, having no institutional backing or moral support, but a bold determination to do the impossible.

Into the turmoil of mid-sixties New York suddenly came an elderly, golden-skinned, saffron robed holy man from India, bringing with him a vision of a new kind of society – a bold vision calling for a radical transformation of human consciousness from everyday materialism to the highest spiritual and ethical idealism.

Within 12 years he achieved his mission; he had travelled the globe extensively preaching the message of God, opened more than 108 temples across the globe, translated the ancient Sanskrit classics (over 60 volumes) into English, made ‘Hare Krishna’ a household term in the West and successfully transported the ancient teachings of India to the West. 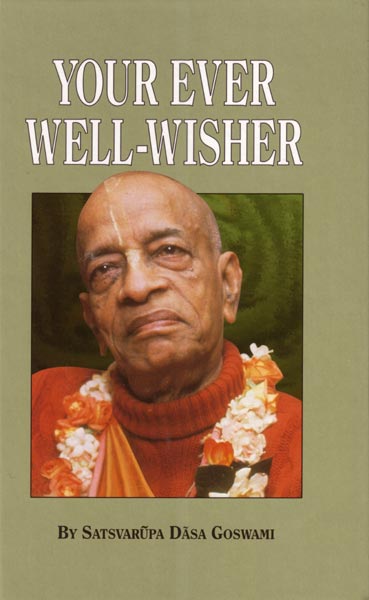 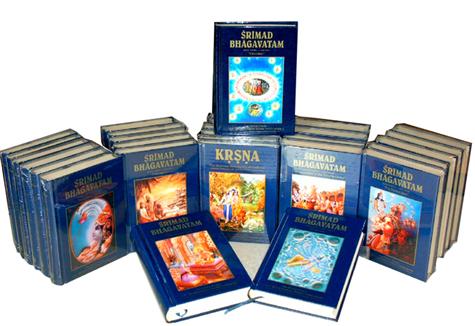 Delve into the rich history and philosophy of India in this most comprehensive guide. Over
18,000 Sanskrit verses translated and explained in English, Bhaktivedanta Swami’s commentary opens up the doors to detailed discussion about the Absolute nature of God, how to obtain transcendental knowledge and much much more.

Sri Caitanya Caritamrita is the principle work on the life and teachings of Sri Krishna Caitanya, the Supreme Personality of Godhead appearing as His`own devotee. He was the pioneer of a great social and religious movement beginning in India about 500 years ago that has directly and indirectly
influenced the course of religious and philosophical thinking throughout the world. 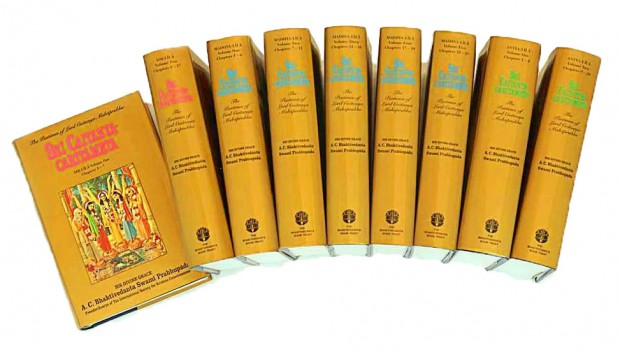